Lose weight. Get fit. Eat healthily. Do these sound like familiar New Year’s resolutions? We know how difficult it can be to stick to goals particularly after the month of January. Busy schedules get in the way and motivation is lost somewhere along the line.

Opting for healthy living is a lifestyle change and begins right in your very kitchen – with your kitchen appliances. Having small appliances that make cooking a breeze can be all you need to remain encouraged on your healthy-cooking journey.

Thanks to KitchenAid, it’s easy to incorporate fruits and vegetables into your everyday meals with the Vegetable Sheet Cutter Attachment. Like all KitchenAid attachments, it’s a cinch to use and sparks creativity in your dishes!

The possibilities are endless with this attachment – think sheets of sweet potato, zucchini and apple to name a few – but we’d love to give you a (yummy) head start.

We’ve gathered some of our favourite recipes from KitchenAid so that you can add sheets of wholesome goodness to your diet. Here are a dozen dishes you won’t regret trying, and ones that will be household favourites for the kids too!

Find even more recipes from KitchenAid by downloading the PDF here. Tell us what you love making with the Vegetable Sheet Cutter Attachment in the comments below!

Want a twist on your iced coffees during the warmer weeks? Thanks to KitchenAid’s mouth-watering recipes and their innovative Cold Brew Coffee Maker, you’ll be sipping on something cool and delicious in no time!

If you haven’t yet checked out KitchenAid’s Cold Brew Coffee Maker, what are you waiting for?! The innovative design lets you enjoy a refreshing drink anytime, at home, and on tap! It’s got so many features that make it a stand out appliance.

It steeps without heat, its super fine mesh steeper delivers smooth taste, it’s made with glass and steel to maintain flavour integrity, it has an aluminium handle for easy portability, it has a small footprint to fit into any refrigerator, *breathe* it has a stainless steel tap to pout with ease (no leaks!) aaaand it’s easy to clean!

Almost sounds too good to be true, right? Check out the quick clip below to see how simple it is to use.

And don’t be fooled by the name – if you’re not a coffee lover, you can still use this sensational appliance to brew teas, create fruit infusions, cocktails and creative beverages to your heart’s content!

If you are a lover of coffee, you’ll want (and need!) to try these seven delicious iced coffee recipes courtesy of KitchenAid. Whether you fancy something sweet, minty or aromatic, there’s something for everyone!

Give them a go and let us know what your favourite beverage is to make in the KitchenAid Cold Brew Coffee Maker.

So you’ve got your brand new TV and sound system set up, and the colours of your team decorating the living room – but what will your guests be nibbling on throughout the game?

We’ve got some footy finals snacks that are a twist on the classic favourites. So ditch the store-bought frozen food for these tasty treats that every fan will love!

Why choose between the classic meat pie or meat lovers pizza when you can have both?! Grab your Sunbeam Pie Magic and make a super impressive meat lovers pie!

Watch the clip or follow the steps below to get started.

Popcorn is always a family favourite – but why stop at buttered popcorn? With the Breville Smoking Gun, you can give popcorn a whole new, exciting flavour.

Check out just how easy it is with the clip or follow the steps below.

Skip on the packeted potato chips and opt for something much more wholesome in both flavour and nutrients. KitchenAid’s Vegetable Sheet Cutter Attachment makes it so easy to incorporate veggies into your meals – and footy snacks are no exception!

Watch the clip below to see how easy it is to use the attachment to make sweet potato chips too!

Hosting a get-together? Or feeling peckish? Blitz up something flavoursome and satisfying with these three impressive dip recipes.

Aside from grinding nuts and crumbing bread, your food processor has the power to make a stand-out dish of its own – dips! They make some of the best snacks and party treats, and are a little more luxurious than the plain old crackers and cheese.

Get creative and whip up these three homemade, delicious and filling dips!

*Recipe and image credited to KitchenAid’s The Kitchenthusiast.

*Recipe and image credited to taste.com.au.

*Recipe and image credited to marthastewart.com.

Whether you’re after a sweet breakfast or a treat after mains, these three recipes will be satisfying and easy to whip up thanks to KitchenAid.

Love your KitchenAid Stand Mixer but want to make something a little more special than the regular banana bread? These three dessert recipes* (that can also double as sweet breakfasts!) will impress the whole family – if you choose to share 😉

Your KitchenAid attachments will make everything super simple and cut your prep time in half! Follow the steps below and get your taste buds dancing in delight…

*All recipes and images are credited to KitchenAid’s The Kitchenthusiast™.

The sour cream should be refrigerated for at least two hours, and you shouldn’t mix different brands. When your cream starts to get thicker, you need to observe it, so you don’t over whip, at this point it is a good idea to slow down the speed of the mixer. 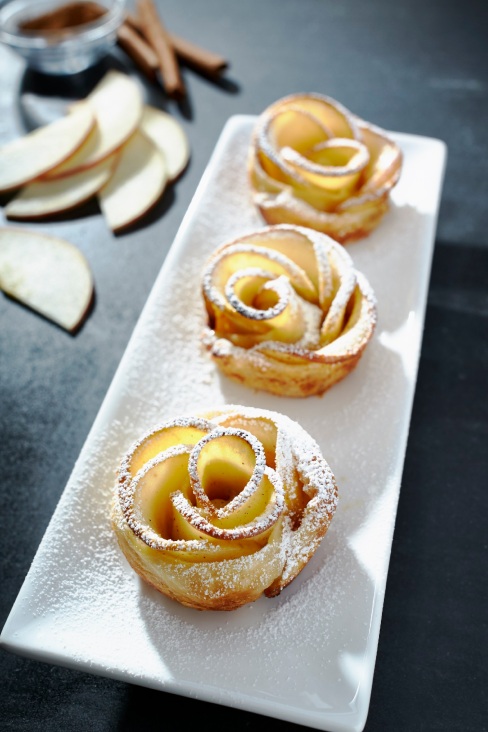 We’re sharing four delicious recipes from Breville so that you’re covered for breakfast, lunch, dinner AND dessert with the clever Steam Zone™ appliance.

Steaming is one of the healthiest ways to cook, and Breville has made healthy cooking easy and fun with the Steam Zone™. In just 30 seconds you can start preparing delicious meals for the whole family. 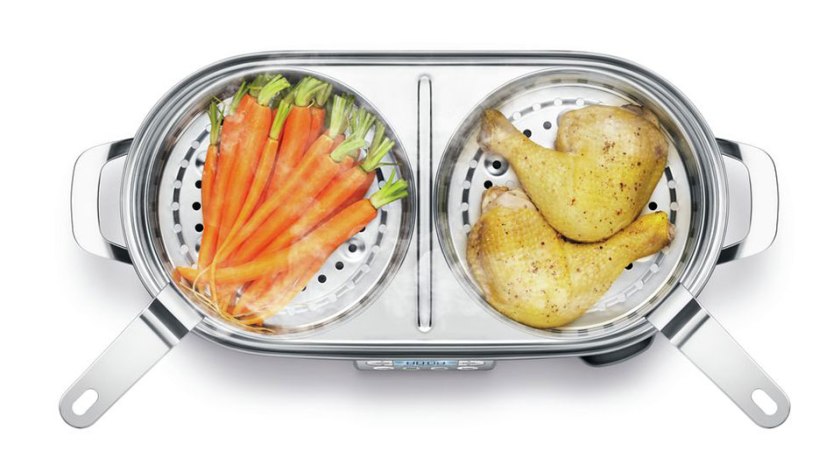 With two separate steam zones, you can cook two differently-flavoured foods at different temperatures. And the clever set-and-forget design cooks both dishes with a synchronised finish!

What does that mean? Well, you don’t have to wait around for the potatoes to finish cooking before popping on your broccolini so that they don’t go soggy. The Steam Zone™ will know exactly when to start cooking in the second steam zone to give you two perfectly cooked foods at the exact same time!

Of course, you can always use the large 40cm steaming area to cook a whole fish or chicken. The independent steaming control lets you pick low or high power to suit delicate or firmer ingredients.

Check out the features of Breville’s Steam Zone™ as demonstrated by one of our Bing Lee experts, Ritchie.

*All recipes and images are originally from and credited to: http://brevilleprecision.com/ 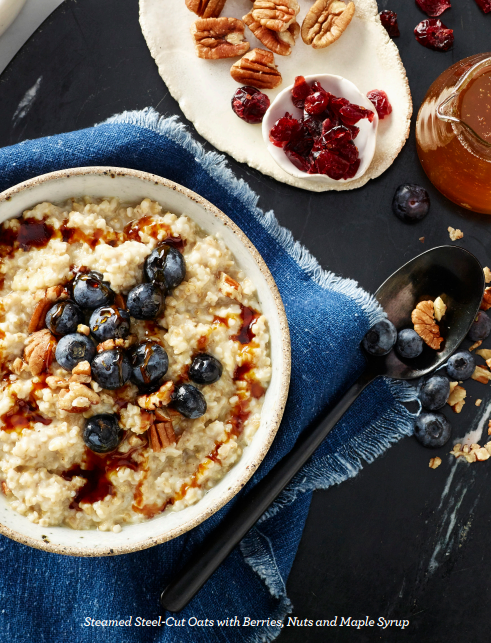 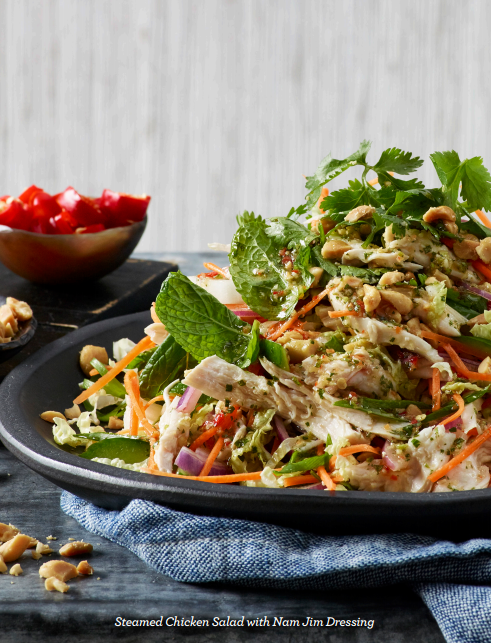 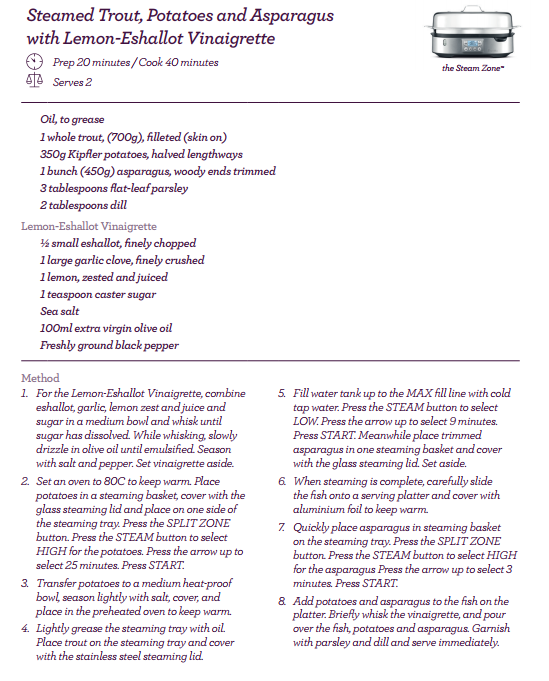 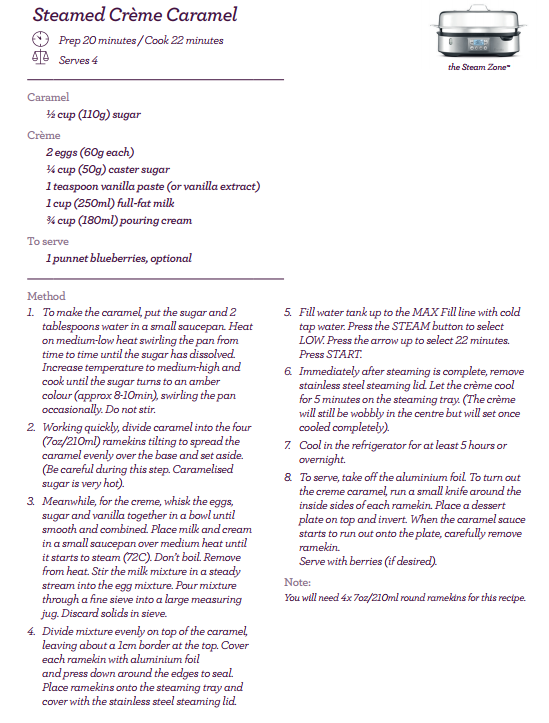 Shop online at www.binglee.com.au or visit one of our Bing Lee stores for all your home technology needs.