If you aren’t already taking full advantage of what your modern big screen TV  can do, we’ll show you exactly what is now possible.

Long gone are the days when TVs took up valuable real estate in our living rooms for the pure task of passive entertainment viewing. There was a time when TV cabinets were designed with doors to hide them away when not in use, whilst some home designers suggested keeping them out of lounge rooms entirely.

TVs are more than just a device to watch the midday movie or the nightly news on. Just like many things in our life these days, it has learnt to multi-task.

Here are some of the ways you can take advantage of the technology built-in to new big screen TVs.

With free-to-air viewership slowly in decline we’re seeing the rise of streaming services like Netflix, Stan, and FreeView Catch Up platforms as the more popular way to consume TV shows and movies. Fortunately, every modern television out on the market today will have the ability to deliver these streaming services via in-built software that seamlessly connects to the internet and can tap into your streaming accounts.

Sony’s 85″ 4K UHD Smart Led Android TV ticks a lot of boxes when it comes to versatility and built-in technology. It has Chromecast incorporated into its smart design so you can easily cast your favourite entertainment like YouTube or Netflix. The Android TV offers content search abilities that work as fast as you can talk. With advanced voice control and connectivity with Google Play, this 4K TV allows access to movies, TV shows, apps, or broadcasts in an instant.

Panasonic’s 75″ PREMIUM 4K UHD SMART LED TV comes with the My Home Screen 3.0 platform. This user friendly and customisable interface makes it easy to cast shows and clips from streaming and catch-up services, as well as online sites like YouTube.

LISTEN TO YOUR FAVOURITE MUSIC AND RADIO STATIONS

Listening to the radio in your home through a stand-alone device is a thing of the past as apps and digital devices become more accessible and intuitive. Just like the TV and movie streaming services, you can now listen to your favourite radio station and music on yourTV.

While many Australian radio stations are already broadcasting in digital via apps, making it easier to be found on a smart TV, there is also access to thousands of international radio stations and podcast providers available through your TV. Lucky for us modern TV now have some pretty outstanding built-in sound systems to enhance your listening experience. 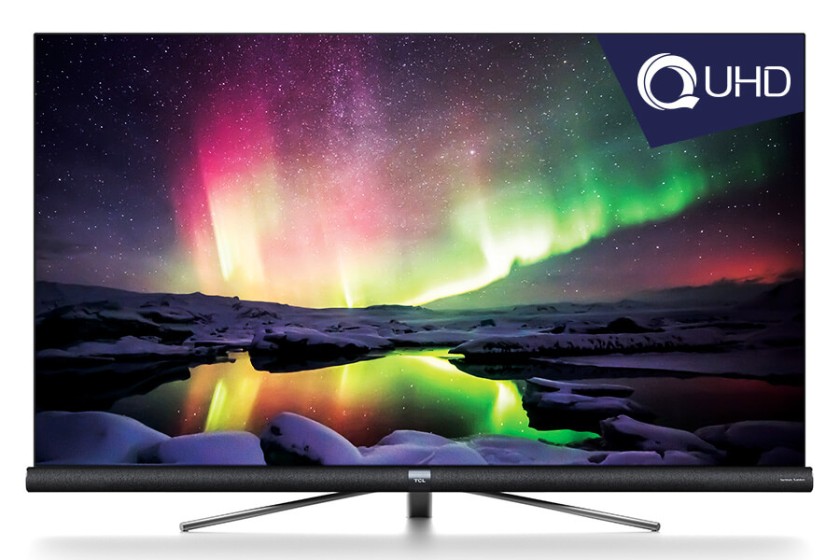 TCL’s 55” QUHD ANDROID TV offers itself up as an ultimate entertainment hub, boasting some impressive sound delivery. TCL has partnered with one of the audio industry leaders, Harman Kardon, to produce exceptional sound with a premium built-in design, raising the bar in home entertainment experience.

IT SHOULD BE SEEN WHEN NOT HEARD

TVs are getting thinner and more streamlined every year. When wall mounted, a big screen TV complements your home in the same way a piece of art does.

But what about the unpleasant blank-screen issue that makes a TV stand-out for all the wrong reasons in your living space when not in use? TVs now offer the ability to do away with the blank-screen issue by offering the capability to display stunning photographs, content or digital works of art on the screen when not being used.

Samsung’s Q7 QLED 4K UHD TV has an ‘Ambient Mode’ that not only allows you to play photos when not in use, but can seamlessly blend into the background by matching the colour or pattern of the wall it is mounted to.

The Q7 offers slim fit wall mounts and one thin cable that attaches everything cleanly to the TV. Ultimately letting you store your devices out of sight by connecting them to the One Connect Box.

The remote control has seen its own evolution over the years. Starting with the humble days of actually getting up off the couch to change the channel, to a wired remote, wireless remote, and now voice recognition.

Whilst voice recognition can be utilised by external devices like the Google Home to navigate TV, film and music streaming services through your TV, it is much easier when the software is built-in. 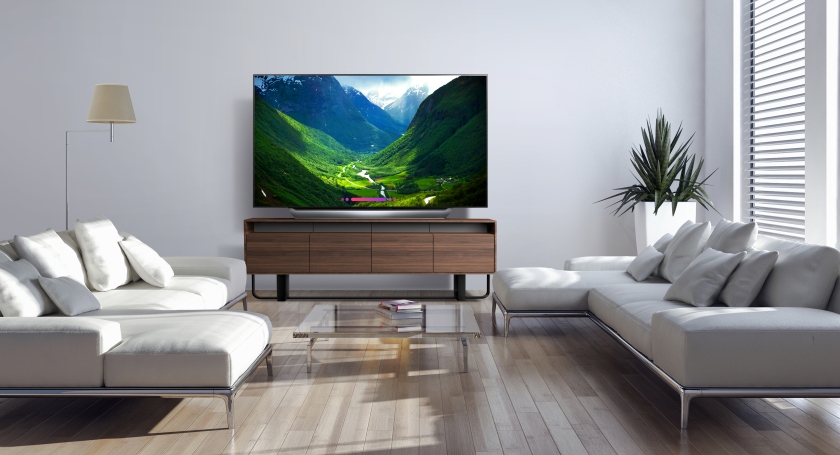 The LG OLED 65″ TV C8 AI ThinQ offers an enhanced interactive experience by employing Natural Language Processing (NLP) to deliver intelligent voice activated control. Meaning you can control the TV with just your voice, and you can ask it certain questions while watching a movie. Such as ‘what is the name of the song being played?’, or ‘what is the name of the actor?’ etc. Pretty impressive stuff!

Shop online at www.binglee.com.au or visit one of our stores for all your home technology needs.

Head down to a Bing Lee store and talk to our friendly staff for expert advice.

Shop online at www.binglee.com.au or visit one of our Bing Lee stores for all your home technology needs.